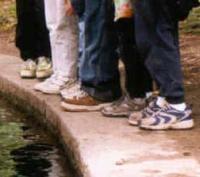 Given this glowing description, a fair question is, why aren't more people using BRL instead of the 20 or so more prevalent tools out there for server-side web programming? There are several answers.

People haven't heard of BRL. There is no aggressive marketing campaign for it, other than this manual. Few people actually read this manual, because they think all server-side web tools are essentially the same. Why look at one more? Examples in this manual will show how BRL is different.

People use a win-stay, lose-shift strategy in their choice of software tools. Once they are familiar with one tool's strengths and weaknesses, they avoid the unknown. They develop strategies to work around systematic problems with the tool. Only when they see someone else doing better work in less time will they get the perception that they're "losing" and consider "shifting" to a different tool.

People hold misconceptions about Scheme. BRL is a "gentle-slope" dialect of the Scheme programming language. Scheme is taught in hundreds of universities, colleges and secondary schools worldwide. Scheme uses a syntax that is much less complicated than the C/Java/Perl family of syntaxes. It is popular for teaching Computer Science (CS) because instructors can spend a short time teaching the language itself, leaving more time to teach CS principles.

Here are answers to the most common misconceptions: 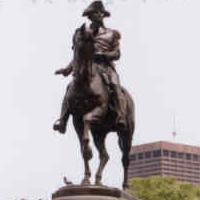 This manual must cater to two audiences. One audience is investigating whether BRL is worth installing and trying out, and is interested in comparing BRL with competing tools. Another audience has already decided to use BRL and just wants to know how.

See section 4. Learning BRL by Example, if you're casually investigating BRL for comparison with other tools. If you get lost, skip back to the Intoducing Scheme chapter.

If you want to learn how to program with BRL, take this manual sequentially. While reading the BRL by Example chapter and the BRL Reference chapter, stop frequently to try out what you've learned.

In either case, please do give feedback as to how well the manual is working for you, or about additional features you would like to see in BRL. E-mail is appreciated. To: brlewis@users.sourceforge.net

Advocacy: This label at the beginning of a paragraph indicates material that is only useful for comparing BRL to other tools. If you've already decided on BRL and are just trying to learn how to use it, skip ahead to the next section break.

If at any point in this manual you need further help, ask on Usenet. If you don't know what Usenet is, see Harley Hahn's What Is Usenet?


Different sections in this manual will mention different Usenet groups to consult. But if no other group is mentioned, BRL questions can be directed to `comp.lang.scheme', and comments to `comp.infosystems.www.databases'. Be sure to put BRL in the subject line to make sure your posting is not overlooked.

If you did not see a URL in parentheses after "What Is Usenet" above, you are probably looking at a printout of the PDF version of this manual. Look at the PDF version online to be able to follow the hyperlinks.

For those who cannot or do not want to post on Usenet, there are also BRL mailing lists.


This document was generated by Bruce R. Lewis on 2003-6-9 using texi2html